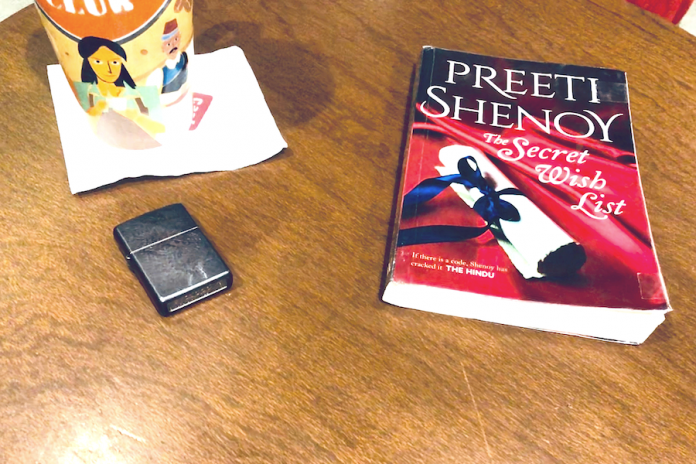 “Ek Galti to Sab ko Maaf hoti hai.” The famous line from the movie ‘CHAK DE INDIA’ was the first that played on my mind after reading this book. This book in a real sense had justified these lines.

The story is no fancy and predictable but aptly narrated. If you have not read Preeti Shenoy then I’ll say this book will add you to her fan club.

Diksha, a joyful, enthusiastic, bubbly girl in Chennai, is living the life at her best with her family and her best friend Tanu. Like any teenager, she takes her first sail of teenage crush at sweet sixteen. Her crush was Ankit, the best friend of her elder brother and a senior in her school.

A small prank leads them to a new world of childhood’s innocent romance where Ankit always made her feel that she is special and the center of his life. A chain of events is triggered after her their first kiss in the moonlight when Diksha’s family discovers it.

Diksha was pulled out of her school and sent to her aunt’s place and the nightmare of hell hole begins till she gets married before her graduation. At the age of 35 with 9 years old son and a stoic husband who always thought he is right and that women should always stay confined to four walls of the house.

Diksha had accepted the harsh reality of her life and had moulded herself into the frame of time where she is playing the role of the perfect housewife and a dedicated mother of her child.

Things start changing after her cousin, Vibha, pricks her with a simple question. “ARE YOU HAPPY ?” A lot of discussion of both their lives and the way they have lived urges them to do something for themselves, the life they want to live and that leads to the making of a SECRET WISH LIST.

The first thing Diksha ticks off her list by joining the Salsa classes. Tanu, who was lost long after Diksha was pulled out of the school steps back in her life and with that her perception for life changes.

Hiding the desires of her heart from her husband, Diksha pursues her Salsa classes but that’s not all till her past comes knocking the door of her present, Ankit.

Will Diksha take her stance and embrace her future and her wish list…?

To know more, must read ’The Secret Wish List’ by Preeti Shenoy.

MY OPINION: Well, well, well… I use to read romance stories when my hormones were taking a toll over me in my college time but no more now. I have always been more fascinated by thriller, crime and action genre but the title of this book intrigued me to take a detour from my regular reads.

The way Preeti has presented it is truly breath taking and mesmerising. I don’t wanna talk about the story this time. What I wanna talk about is how a person is mistreated cause of just one mistake in past. I feel that this is one of the very sensitive and very important issue she has brought to the limelight, the freedom of choice of an individual. And I would like to have some discussion with those who will read this book as I feel it’s the necessity of the time.I don’t have many words to say more, just read this book and we will talk more about it. This is that book which can change the certain aspects of society and life of an individual.