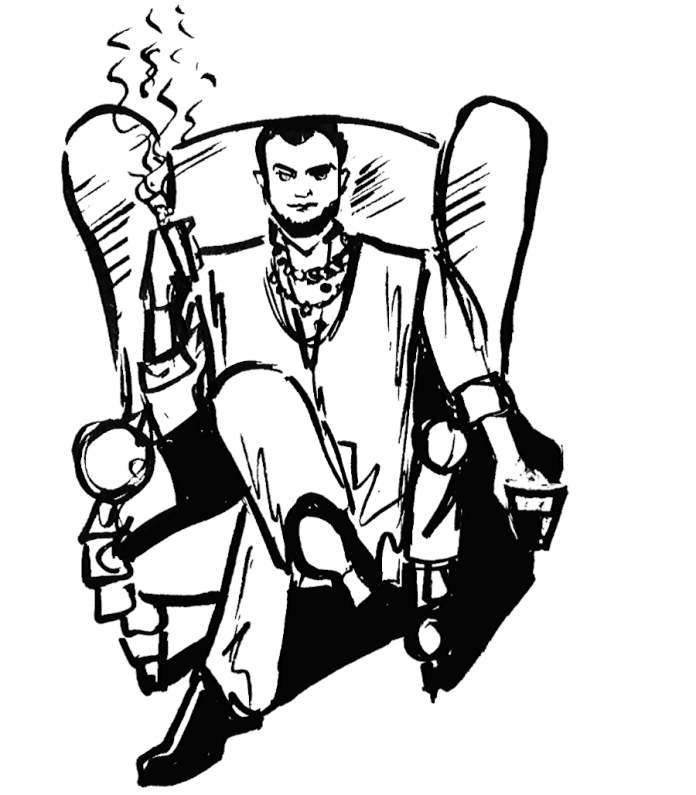 Life always has its own way to revert back to what you have done with it. Wise man calls it KARMA. Karma is the new religion of modern life.

Since childhood, Parents, teacher and mentors instil in children who later imbibe the importance of good deeds in one’s life(knowingly and unknowingly). However, the best lessons are from life experiences. No matter what we do, no matter how we do, it will always find a way back to us. Don’t ever forget, your good deeds? You will be paid back, your bad deeds? they will be paid right back.

Ishan now realized it, but this realization was like a regret, where he could not stop something. Something, which was inevitable. He was at that stage of his life where self-realization comes to one but one has no time to live anymore with that realization. It was too late for him now. He would have always seen it coming. Power corrupted his thoughts and it made him always stay within the whims and fancies that he could prevent even the inevitable. What is inevitable is always inevitable and that’s where your deeds are justified by your KARMA.

The pale yellow lights, dimly illuminated, the lavishly decorated office room. Ishan was resting in his old-fashioned teak wood, carved armchair in his office. He had his favourite Jack on ice in one hand and a costly Cuban cigar, half done, in another hand. All he could do is nothing but smile at the way he treated life and the way he thought that he was invincible.

Born to a poor truck driver family, Ishan always wished for a lifestyle that had a class. Today he had everything and way beyond he dreamed for. Everything comes with a price to payback. He compromised his ethics to reach the heights of success, never cared for the path he travelled to build his empire. He walked through the corpses of ethics and humans. The only thing that he always cared for, was money and power, lots of power.

He started as a small thug who soon stepped into a smuggling racket and finally became the kingpin in drug trafficking and arms dealing. He wiped out all small-time drug pedlars to clear his way. Blades were replaced with guns and there was no way to stop him now.

His life slowed down when he fell for a beautiful Bengali housewife named Vibha. Ishan fell madly in love with Vibha at first sight. Though Vibha never even glanced at him, Ishan never stopped. He tried with all the means to get Vibha. When Vibha denied to walk out from her family, he did something and that gonna change his life soon.

One fine evening Ishan plotted the planned to wipe out the Vibha’s entire family, a small family with a loving husband and wife with 12 years old son. Killing her husband was never a big game for Ishan who was a mere government clerk. He torched down Vibha’s house. He dragged Vibha out of her house leaving her husband and son to be slain by the flames.

Vibha saw her house burning in front of her eyes and her husband trapped in flames. The dying screams of her husband made Vibha numb. She turned out to be a mere body with no desire for life left. Ishan kept laughing like a demon and dragged her with him. She never loved him and running away from Ishan was not possible in this lifetime.

Ishan was blinded by the power, he kept drawing and the money that kept flooding his safe. The only thing he never saw coming was his KARMA.

A KING can never run his empire without a bunch of ministers. Though Ishan didn’t have a bunch of it but just one, Vasu. Vasu was half the age of Ishan. In his teens, Vasu came in sight of Ishan when he alone smuggled 20kg of cocaine across the border along with 4 mags of 9mm pistols. Ishan didn’t delay in recruiting Vasu in his business.

Vasu was a quick, furious and high-risk taker. A kind of person needed for building Ishan’s empire. In no time, Vasu started expanding Ishan’s business empire beyond expectations and become the most trustworthy person in Ishan’s life. Ishan, on the other end, started relaxing back in his office when Vasu took the charge of deals and other affairs.

The only thing that Ishan never knew about Vasu was, that he was the son of a Bengali father who was murdered ruthlessly by Ishan and his mother was still in a cage of Ishan, Vibha. On that night, Vasu somehow escaped the fire in the house but he saw Ishan taking Vibha with him and laughing like a maniac at his burning house. Vasu vowed in the silent fervour to avenge the murder of his father and to bring back his mother.

Ishan never realized what kept Vasu going on was the REVENGE. Vasu by now had taken total control of the business in his hands. Any and everything was always done with the consent of Vasu.

Finally, the D day came when Vasu had already taken over the whole empire with its reins in his hands and in just one night, he wiped out all the alibis of Ishan, either by turning them into his allies or by killing them. The only person now left was Ishan.

Ishan got a call from one of his alibis before dying that, Vasu was on his way to the office for him and for what. He smiled and sat on his chair pouring himself large Jack over ice and lit his cigar. Pulling out his Walther, he kept it on the table with safety lock off.

Ishan’s vision was flooded with memories of his life, the journey from small-time street thug to a Kingpin of Dark World. The office door swung open and Vasu stormed in. His eyes bloodshot and beads of sweat over his forehead. His shirt drenched in the blood of all those whom he had killed on his way. Ishan smiled at him and Vasu stood holding his Colt pointed at Ishan.

“Revenge is the purest emotion. And that’s why you are a step ahead of me. But I will never let you win by killing me.” Ishan spoke taking a long drag of his cigar before droping it down on the Persian carpet.

Ishan picked his Walther in one swipe and pointed to Vasu. He called out for Vibha loudly. Vibha stepped in from the back door with two guards pointing the gun at Vibha’s torso.

“I wish I could turn back the clock and bring the wheels of time to a stop. To the moments when I killed your father but it’s too late now.” Ishan spoke taking the last sip of his Jack and let the glass drop on the carpet.

Vasu’s grip tightened over his colt and he pulled the hammer back to take the shot. Two shots got fired at the same time. Vasu’s shot missed the target but Ishan’s shot didn’t as it was very close to the barrel of his Walther. Both the shots were aimed at the same target.

Smoke from Walther rose slowly and Ishan’s corpse lay on the floor with a messy frontal lobe of his brain peeping out from his right temple spiting blood furiously at the change of events.