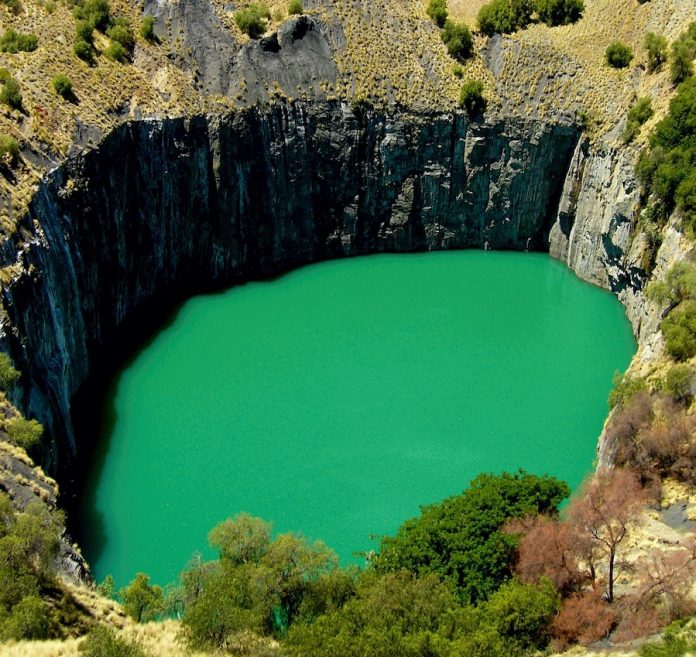 It was raining heavily. Nothing could be heard except the rain falling hard on the road. The raindrops left no single inch of anything dry and untouched. There was also great noise of thundering. The noises were loud and then, the next moment, they seemed remote and distant.

At one of the crossroads of my city, a multitude had circled a scene that was very unusual. There were 2 men, extracting water from a dent that might have been created by the strong currents of the rain water, sweeping the roads of the city. They had 2 steel bowls, one with each of them. Every time they scooped the water, more amount of water flooded in the pit. Their struggle seemed endless and eternal, something like The Myth of Sisyphus.

Besides these 2 men, stood a Jeep with a red flickering light on its roof. It kept on blinking on and off very devotedly and very much indifferent to the mighty rain. The man sitting inside it surveyed the extraction and seemed unhappy with the result. From the same car, another man appeared unlocking his umbrella. He came out and started walking towards the crowd. He had searching eyes and a well built body. He carried a natural air of arrogance at every step. It seemed that he was on his duty in his military uniform. I might have looked quite small and physically very insignificant in front of him. He came to me and tapped my left shoulder twice and pointed toward the Jeep. I did not know if I was handpicked or picked randomly. He did not offer to come under his umbrella. I was led near the Jeep where 2 men were conducting the extraction. I was utterly drenched. I was shivering and also afraid of my fate.

‘Get your shirt collar down, the Boss does not like that way. Join the men.’, The man with the umbrella ordered.

I did what I was told. I was handed the utensil by one man who was ordered to clear the pit. I started fetching the water out. The words, ‘Get your shirt collar down, the Boss does not like that way. Join the men.’ rang in my head. I felt very uncomfortable with that echo of those words more than the heavy downpour.

I sprang up and voiced, ‘I suppose your Boss would also does not like my rolled up track pants too.’

None may have invited more danger than I.

‘Who are you?’, interrogated the Boss sharply with a heavy voice from the window of the Jeep which stood unmoved beside the scene.

I gathered more courage to speak. I did not know from where did I get the inspiration to speak plainly.

‘I mould lives, I teach,’ I bravely retorted.

The Boss from the window showed significant interest in me. I turned my face towards him. There was a face-off between intellect and authority.

‘Because this is what I am supposed to be doing.’

‘And do you know Mr Teacher, what am I suppose to be doing?’

My feet were deeply planted on the washed out and excruciated road. The water kept flooding in the pit whereas the man continued his futile exercise with the utensil.

‘Well, I suppose you must stop doing everything what you have been doing,’ I returned with a great mocking tone that was dormant.

With these words, I began to sense my fate. I knew what consequence my openly spoken words could have. But someone had to do it. The Boss was very exasperated hearing my knifelike words. He was perhaps less competent verbally. He was largely known as a man of hasty actions. He took out the pistol which hung on his waist belt and pointed it at me. It was raining.

Hardly anyone could have spotted the sweat drops on my brow. Only I know how it felt. The Boss pulled the moments awaited trigger. The fired bullet made its way through the heavy falling rain and settled on my chest and then came another and then one more. The immense pain involuntarily pushed me a few paces behind, exactly where the water was being extracted. That place has been my new home now. The pit.