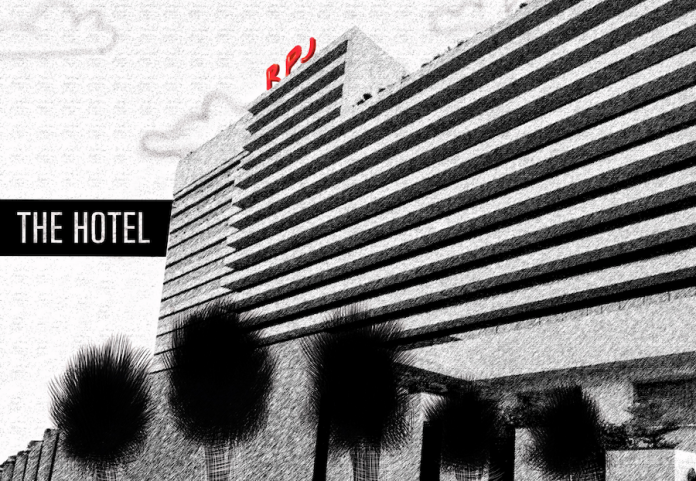 Decades later memories flashed in front of Ajayraj’s eyes like a movie being played in a theatre, only the incidents were real childhood memories, which had brandished like ugly herculean tattoos on his heart, soul, and mind. The reminiscence brought about a reeling effect as he drove through the roads of the city of his childhood. Those streets where Ajayraj had walked barefoot and had played with his friends for hours together seemed like a thicket full of prickly thorns.

Nostalgia was kicking as strong booze that leaves you with a nasty hangover and a throbbing headache accompanied by a sore heartache. After staying in Oxford City, England for more than 15 years, Ajayraj was finally back in India. Everything felt fresh just like it happened yesterday, his eyes kept scanning for familiar faces or long lost acquaintances. There may be a few but he was a stranger now in his own native place.

Ajayraj’s family had shifted from the town after a tragic incident, however, his uncle had managed to convince and take them all to another state. Though the oblivion curse would affect the entire universe it could not erase a shard of the memories etched in Ajayraj’s mind.

Ajayraj had completed his basic schooling at the government school and was the best student in the school. Nerve wreaking hard work of the days and burning the midnight oil for months in a row, helped Ajayraj get admission in the reputed college of the state. Ajayraj didn’t stop there and he kept himself focused till he managed to acquire his seat at Oxford University, London.

Well, acquiring the seat was not the only goal, Ajayraj came out as a batch topper with flying colours from Oxford University. Sadly, there was no one with him to celebrate his success, with his parents’ miles away in a remote town in India,  who couldn’t do anything but pray for their son’s success.

Though Ajayraj was lonely on foreign soil, Freddie his only friend had his back. Freddie and Ajayraj had been roommates in the hostel and were bonded thick like brothers from different mothers. Unlike Ajayraj, Freddie was a computer geek though his personality contradicted it, rather portraying him as a male model.

Ajayraj was first to be selected in campus placement by one of the top 10 business firms for his best performance in MBA finance. With a couple of years of experience, Ajayraj’s pace was far beyond anyone’s comprehension.

With experience from the reputed firm and people around who had faith in Ajayraj’s skills, he started his financial consultancy. His well-honed skills fetched him laurels he had never expected and within the next three years, everyone in the European market rushed to Ajayraj’s consultancy to enhance and enlarge their business.

In his success, he never forgot Freddie. In fact, Ajayraj helped Freddie establish a software firm with lavish office premises and a bag full of wealthy clients who were available to Ajayraj’s every back and call. This brought Freddie and Ajayraj closer than they were, always watching each other’s back.

Though nobody could ever come to know the real net worth of Ajayraj’s business, however, analyst speculations revealed him among the list of the youngest multi-millionaire within just a decade of professional life.  Ajayraj lived a low profile life avoiding publicity and kept investing in many firms to multiply his gains from his consultancy. He kept himself away from fancy and flamboyant life. After all, he still had bigger goals to achieve, the last milestone of his life before he could set a few more ahead.

It was one fine evening when both the brothers were chilling out at their weekend house, sipping their drinks in the garden and staring at the night sky illuminated with countless stars twinkling like diamonds.

“I am going on vacation for some time.” Ajayraj spoke sipping his Jack and looking blankly at the dark blue blanket with shimmering white patterns of dots.

“You mean India.” Freddie said as he knew the day had finally arrived. Ajayraj had never taken a break from his work in these many years, however, if he was taking it that was for sure to visit his home country. Ajayraj smiled and nodded.

“How long will you be there?” Freddie asked lighting his cigarette.

“Don’t know.” Ajayraj shrugged his shoulders and finished his Jack in one go.

“Call me once things are set to go.” Freddie took a long drag of his cigarette and exhaled the clouds of smoke. Ajayraj again nodded and there was silence for the rest of the night.

Don’t know what was so special but Ajayraj always wanted to visit a particular cafe. He was sitting with his coffee and laptop on for a whole lot of time of the day. He preferred to sit at the secluded corner table of the cafe to avoid the daily commotion of the hotel that is bustling with the youngsters of the city.

Every time he visited that cafe, he couldn’t stop admiring the beauty of every inch and every pillar of the place. The place always made him stay more, lost in his thoughts.

The hotel belonged to one of the white collar dons of the city, Jeeva Bhai. Not many good words for him would be uttered by a common man of the town. Jeeva Bhai had risen from rags to riches with a shabby past that reflected him behind the bars for his activities.

Time has changed now and Jeeva Bhai was an old dog to learn new tricks. The drastic manipulations in the state government had turned the tables on Jeeva Bhai and all his illegal businesses had taken a wild hit leaving the only hotel as his white collar business.

Struggling to save his crumbling empire, Jeeva Bhai strived furiously, meeting new partners and investors who could pull some strings to save his illegal liquor business and land grabbing deals. To avoid envying ears from eavesdropping, Jeeva Bhai made sure that all his meetings were conducted at his hotel only.

In all this chaos and downfall, Jeeva Bhai didn’t miss the new footfall,  Ajayraj. Staying in the hotel office, Jeeva Bhai always kept an eye on every walk in for the cafeteria and who the customers are, and if the service provided is good or not. At least he was not struggling in managing the hotel and thanks to his courteous staff.

It was a late evening of a weekday when Jeeva Bhai yelled at the poor staff near the pool site. It was not the fault of the staff but a deal that went sour and he poured out his frustration on innocent people.

Ajayraj stretched himself and walked out to the poolside to have his smoke break. On watching him approaching, Jeeva Bhai shoved the staff and walked away. Smiles were exchanged for the first time. Though Jeeva Bhai had basic info of Ajayraj as a regular and very polite NRI customer, however, he knew nothing more about him.

Ajayraj had been keenly observing everything around without letting anyone get suspicious about his observations. Couple of times he had met Jeeva Bhai while he was smoking outside and had exchanged brief pleasantries.

Time was bad and Jeeva Bhai’s luck was slipping like grains of sand through his hand. He just couldn’t stop cursing his ill fate. Ajayraj enjoyed his coffee and was done with the day’s work. He just closed his laptop when Jeeva Bhai walked to his table.

“Done for the day, sir?” Jeeva Bhai asked as Ajayraj’s fingers were on his pack of cigarettes.

“Ya, just done.” Ajayraj smiled and gestured for the smoke. Both walked to the poolside for a smoke.

“Are you on a vacation here?” Jeeva Bhai asked carefully lighting his cheap cigarette with Ajayraj’s Zippo.

“Not exactly a vacation, but I was bored of London so thought to be in India. My work is mostly based on my laptop and calls so I have liberty to work from anywhere.” Ajayraj took a long drag of his smoke and replied.

“Lucky you, I too sometimes wish to escape this monotonous life. It’s kind of draining me.” Jeeva Bhai was visibly tired with whatever he was going through.

During their conversation, Ajayraj dropped the hint that he is in India for business expansion and Jeeva Bhai had already taken a mental note of it. As they continued the discussion, Jeeva Bhai was a bit more open now and he talked about his recent financial losses.

“These bloody ministers are nothing but pimps. Government sleeps in the beds of those filthy industrialists who throw their money as bones to this dog government.” Jeeva Bhai angrily stabbed his smoke in the ashtray.

“Well, I can help you with your financial conditions. I have my consultancy in London.” Ajayraj took his time to let Jeeva Bhai get in the flow.

“I can help you bail out from your crisis but…” He leaned back and left his words hanging in the air.

“But…?” Jeeva Bhai leaned ahead, looking straight into this NRI’s eyes. He was not that simple as he appeared to be while sitting in the cafeteria.

“You’ll have to pay me for that.” Ajayraj lit another smoke.

“And that’s the problem, cause I know the foreign firms charge a hell lot and that will burn my already shallow pockets.” Jeeva Bhai spoke with puckered lips.

“That’s true, but I still have a midway out for it.” Uttered Ajayraj taking the reins of discussion in his hands now.

“And what could that be?” Jeeva Bhai frowned to get into the head of this person sitting in front of him.

“You can give me this hotel as a payment and…” Ajayraj was flipping the zippo between his fingers, not sure of whether it was a good offer.

“NO…” There was a curt and crisp reply without any add-on before Ajayraj could complete his offer.

“Okay, okay, how about I will buy this hotel at 50% higher rate than the market price?” Ajayraj was keen on mending the deal.

“The answer still is NO. This hotel is not for sale, not today, not tomorrow, and never ever.” Jeeva Bhai was furious but he was trying not to lose his calm.

“Fair enough, it was just a suggestion… Rest is your decision.” Ajayraj gave a lopsided smile and got up to walk before things got sour between them.

I owe this story to this beautiful place, RPJ hotel. The cafe had been my favourite place to craft many realistic fictions over a soothing cup of coffee. Don’t forget to visit this cosy ambiance whenever you looking for some relaxing time