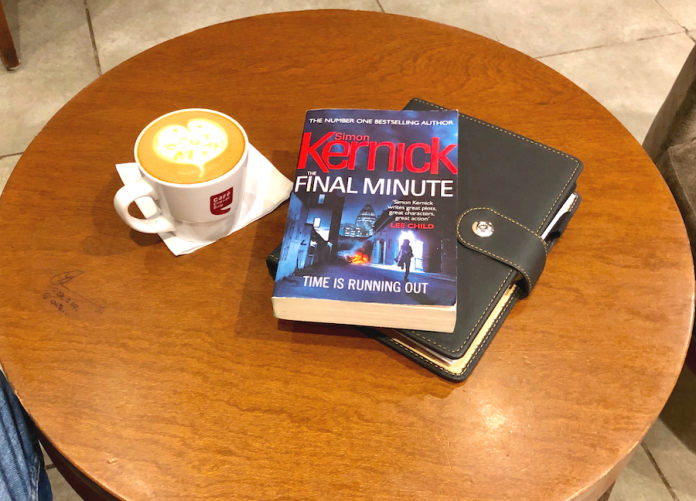 And Simon Kernick is back with his favourite character Tina Boyd.

Matt Barron, a former cop as was said by his sister, is suffering from Amnesia and fighting hard to recover his memory loss that he was gifted with after a terrible car crash.

To help Matt in recovering back his lost life, his past, his sister has appointed a hypnotherapist and a full-time male nurse to ensure that Matt never missed the dose of his meds. Under all these circumstances, Matt still feels that all this is not what he is or what he was in his past. Something at the back of his traumatic brains keeps screaming in his head.

Adding worse to his state, Matt’s recurring dreams kept bothering him. The pang of contradiction kept hitting him hard with the flashes of dreams he kept getting. Whatever his sister was saying was not fitting somewhere in his dreams.

Matt finally decides to get on his own and walks out of the house, to comprehend his dreams. It was though bizarre and can be the effect of psychedelic drugs he was talking on prescription, he still walks out.

Within hours of Matt, walking out his so called house, he finds his sister and the male nurse brutally murdered and two American contract killers in pursuit to hunt him down.

Tina Boyd, a mavericks ex-cop and private detective now, is the only lead for Matt to get answers of questions popping in his head that are driving him insane. Tina could help Matt to uncover the fact about his dreams filled with blood, lust and dead bodies.

Tina gets stunned when Matt comes knocking her door. She knows certainly, who the Matt is. With only a single high priority case of a missing girl on her plate, Tina agrees to help Matt on her own terms. Her gut feelings are strong about the connection between Matt and the case she is working on.

Will they team up and uncover the lost past of Matt…?

Will Matt be ever able to know who he was while on the run for his life and body count keep on piling…?

To find out more… read…

‘THE FINAL MINUTE’  by Simon Kernick.

MY OPINION: This was my first book by Simon Kernick and I must say it was a real shot of adrenaline rush.

The story is a real nail biting, page turner with a high pace from the first page. The way the story is crafted and to the point is truly amazing. And I was really pissed at times when I need to keep the book aside and do my high priority work.

I went through many reviews before picking up this book as I was drifting from my regular line of authors. I was kind of sceptical but then thought to give a shot. After finishing the book, I have a lot to say about it but then I’ll like to sum up in just a few words.

It’s a definite page turner. If you are looking for a thriller, your search ends with this book. If you are addicted to reading, this book should be in your collection.