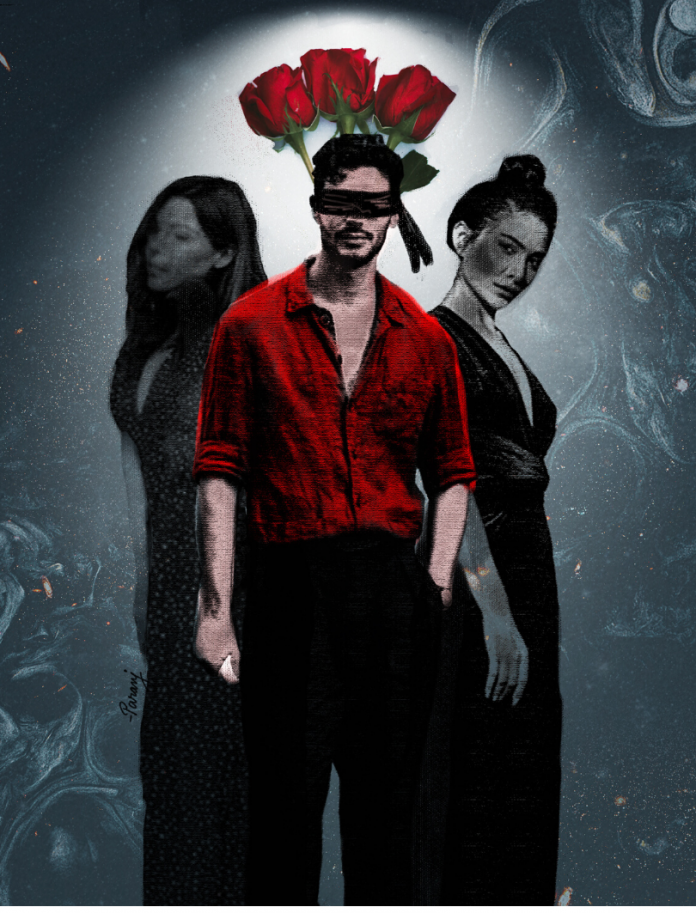 Finally, John was now moving ahead to cross his girl count. He spent the rest of the day getting ready for one of the best hunts of his life and he didn’t want to be average rather savage this time.

Black Widow had already shared the Venue for their blind date and John was all set to move. However, he was still sceptical about whether this Black Widow was actually of any worth or was he is wasting his time? A few moments later he got another DM from her.

“I am about to reach in 10 mins. Be there in half an hour and I don’t entertain late comers…”

Everything that was holding back John vaporized with her DM. The next moment, John was in his favourite car heading to the farmhouse location shared with him. John reached the destination before the given timeline. As his car rolled inside, another DM from Black Widow popped on his mobile screen.

“Wear the blinders that are placed near door. Today is a fantasy room date, I love RED ROOMS…” John smiled and parked his car. He walked to the door and saw a red blinder kept in a silver tray.

“This is gonna be awesome and nasty…” Putting on blinder he murmured and rang the bell. His hormones were running wild in his body and ready to explode in pleasure. The door opened and a beautiful sleek hand with slender fingers touched his wrist, holding him and slowly pulled him in…

“At, least tell me your name…” John asked to which a finger touched his lips and a husky whispering voice reached his ears….

Black Widow then took John to the RED ROOM and tied him up. His hands tied above his head to the hook from the ceiling and his legs wide spread tied to the two poles on both sides.

“At least let me have a look at my dominator…” John winced with the pain in his wrist and ankles.

The very next moment his blinders were pulled off and he saw a lady in her mid-thirties dressed like Black Widow from Marvel Avengers. She was holding a shinning silvery katana sword in her hands. John’s heart skipped a beat but was equally mesmerized by her beauty. John flashed his lusty smile at her.

“You like torturing girls and pampering your ego. You love it… Don’t you…?” Black Widow was rolling her tongue behind John’s ear making his testosterone work all time high.

“WE ARE NOT AN OBJECT OF SEX… YOU ASSHOLE…” Black Widow kept torturing John’s body till he bled to death.

The police complaint of John’s murder was filed. His body was badly mutilated and was discovered in the dumping ground of the city. A carving of letters with a penknife was on the body, WE ARE NOT AN OBJECT OF SEX.

The sub-inspector of the nearby police station was in charge of the case as the SHO (Station Head Officer) Ms. Durga Pandit was on leave. The sub-inspector called Durga to inform her about this high profile case.

“When did it happen…?” Durga asked answering the call.

“Ma’am the body was discovered early this morning. The driving license revealed the identity of victim as JOHN PARERA.” The sub-inspector replied.

“Has the family been informed?” Durga asked further.

“Yes ma’am. John’s parents were in New York and they will reach here by tomorrow. I have already called his friends to ask about John and there was a message written on the body.” Sub-Inspector was drumming his fingers on the desk.

“Ok, I am on my way…” Durga ended the call and headed to the police station.

After talking with friends and relatives, it was quite clear that John was a spoiled brat and a womanizer. With no active leads, the frustration was mounting high.

Next day, John’s father came and identified his lost son. After the legal procedures, the body was handed over to the family. The news headlines were screaming about John’s murder.

A week passed and there were still no active leads. Everyone working on this case came to know that John was badass and somehow he has met his rightful end.

“Ma’am, what should we do now…?” The tired sub-inspector with his staff was standing in the chamber of Durga.

“Let the bastard’s soul rot in hell. He deserved it.” Durga snapped the file and added.

“Let the case go cold, he got what he deserved and drop any trails you get. Is that clear?” Durga’s stern voice was a clear message for her staff.

“Ma’am, your sister, Simran is waiting for you.” One of the constables walked in and informed. Everyone left the chamber as Simran walked in. Once everyone was out of earshot, Simran spoke.

“Di.. John…” Before she could ask anything more, Durga raised a hand to interrupt her.

“He got what he deserved. Hope I don’t need to play BLACK WIDOW in future.”