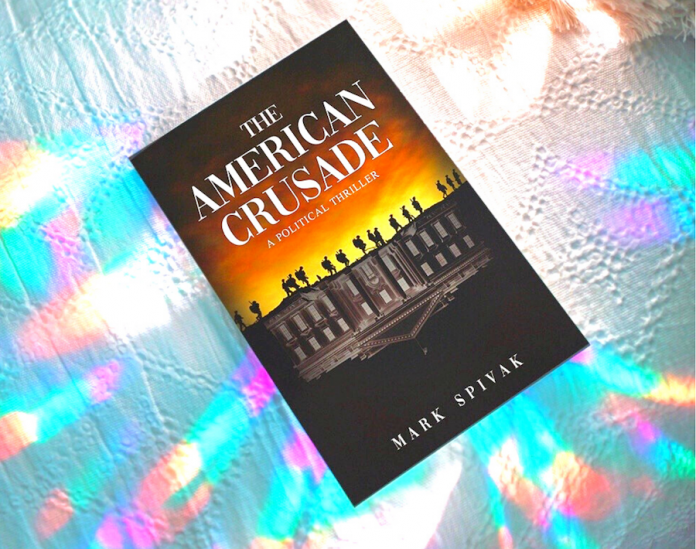 The American Crusade I won’t hesitate in calling this fictional book on Non-Fictional story. Everyone across the world remembers 9/11, one of the most horrific days in the history of mankind. And after reading this book anyone can correlate the events narrated in the story with the ugly past. Of course, crafting is done so that book finds its place in the genre of fiction.

The book opens with the worse nightmare of the world’s most powerful country the USA. On the 1st of May, civilian aircrafts were headed into the heart of the city. It’s mayhem, taking the life of 3000 innocent souls. Such a horrendous incident rattled the walls of the most powerful nation, USA.

Taking charge of the crisis situation, Robert Hornsby, the Vice President of the USA  takes the helm in his hands to restore the faith of the people of America. But, he finds himself helpless in curbing down the foul plan of the terrorist attack by an  organisation named Husam al-Din

The POTUS, George Cane who’s uncle was the Ex. President of the USA relies on Hornsby who is always his first man. Cane desperately wants to vanish the evildoers to America with the help of Hornsby. A war against evildoers is waged by Cane with Hornsby at the command. To uproot the dictators of Kabulistan and Sumeristan who were the biggest aid and alley of Human-al-Din.

But… There is a secret agenda, personal baggage of rivalry inherited from his uncle by Cane. Hornsby’s loyalty is on the line of test with whatever Cane proposes and with Democrats who hated Cane from the core are ready to create nothing but chaos to bring the Cane down for presidency.

With media burning down the White House officials, Will Hornsby could smooth turn this war against evildoers and could save the rocking boat of Cane’s government…?

Will POTUS be able to gain dominance over Sumeristan and wipe off the Husam al-Din from their rabbit holes…?

To know more… A must read thriller… THE AMERICAN CRUSADE… by Mark Spivak.

MY OPINION:  This is my first political thriller about American politics and I wanna tell you a few things before you pick this book.

This is not an airport read book. The book opens with a real incident in the history of America with fabricated details. It’s about how politics comes into play after the mayhem in the Oval Office.

As you proceed, you will come to know how the political agendas are crafted and blended before it is been served right before the citizen of the country. You may be aware of some but the book is giving you brighter insight about it.

The character building is something like you can actually figure out the personality in your head and can imagine the figure in front of your eyes. The pace of the book is really good but you will feel it’s lagging in the mid cause of your expectation just like any fiction reader. Till the end, you’ll be expecting a big blast to happen any moment but… that’s where the art of the writer comes to play. When you’ll look back after finishing you’ll realise that there were a lot many tiny explosions that already took place while you were waiting for the big blast.

This is a definite read book and it deserves the place in your reading closet.

To know more about TCK, visit us here