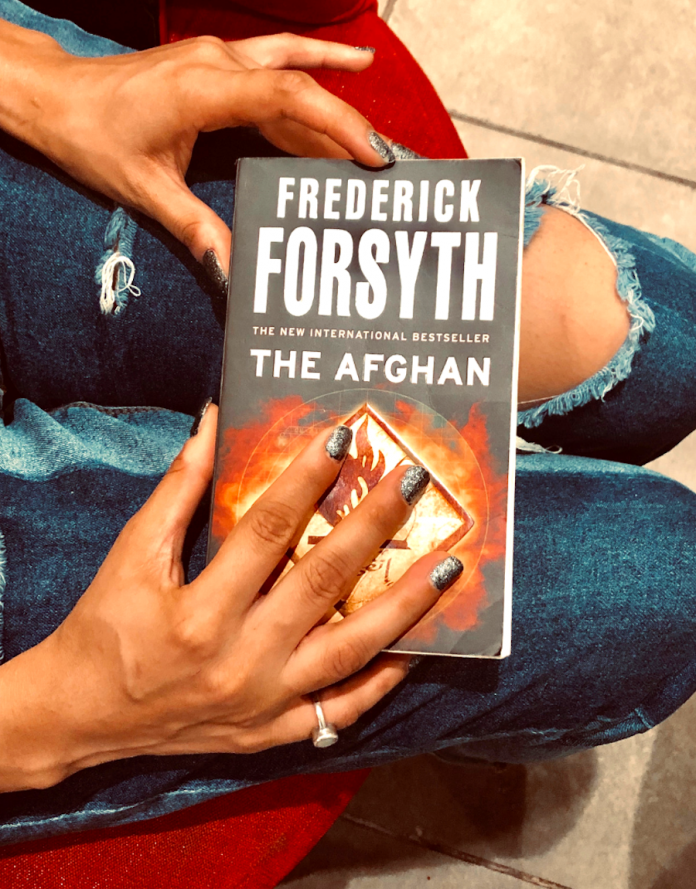 Frederick, an international bestseller and famous for covert military ops, spy and espionage thrillers, presents you another piece of his finely crafted work THE AFGHAN.

Pakistan’s Counter Terrorism unit intercepts a call that leads to ring the alarm in U.S. and U.K. The reason for such security alarm was just one name, Al Qaeda.

The call intercepted led Pakistan’s officers to the financier of Al Qaeda, who was dead during the heat of situation with his laptop clenched in his hand. Hi-tech British intelligence agency retrieves the information. It reveals out ‘Al Isra’, an another, potentially bigger terrorist attack plan.

But with this discovery, nothing else about the plan is been discovered, only Koranic message. The best scholars of Koran from both the big power giants were called to decipher the message but all in vain.

The only way left for U.K./U.S. was to plant their mole in Al Qaeda. But how…? Izmat Khan, a five-year prisoner of Guantanamo Bay and a former senior commander of the Taliban is the only key for Intelligence agencies.

Colonel Mike Martin, a 25-year veteran of war zones around the world, a dark, lean man, born and brought up in Iraq and a former British SAS officer is their trump card.

Martin undergoes thorough training to make sure that a Westerner (Martin) pass as an Arab (Izmat Khan) among the Arabs. No matter what happens, Martin must retain his cover despite the levels of scrutiny.

Will Martin be able to unearth AL ISRA…?

Will the Westerners be saved from something more disastrous than 9/11?

Read “THE AFGHAN” By Frederick Forsyth.

MY OPINION: Forsyth is never famous for his style of narration. So, if you are looking for a fairy-tale narration, you might be a bit disappointed. But you’ll definitely read him for the page turning story.

Forsyth stays up to his standards of providing exceeding details on Taliban, Arab world and various intelligence agencies of Britain and America.

The story proceeds at an average pace with easy and comprehensible language. The best part I liked was about Martin being trained before the CROWBAR begins. The conversation is very detailed and apt.

Some readers may have a hard time, getting past the high detailed descriptions of geopolitical and social situations. With all the military and geographical details, Forsyth has created a finely crafted twisted story. Too many tangential references are included that’s diluting the charm of the story. A lot of patience needed as the pace of the story is average. You can put down the read and take a break before continuing as there will be lot many details to be comprehended.