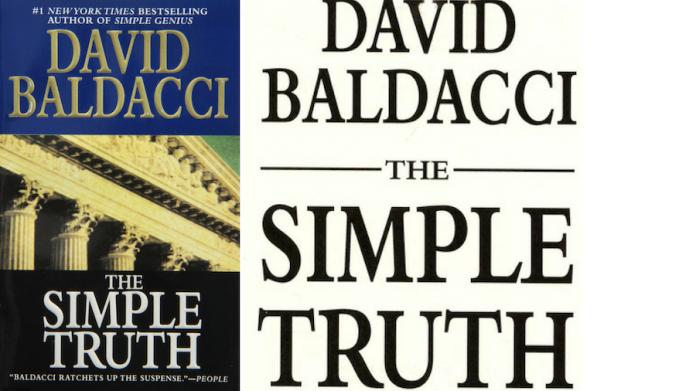 David Baldacci, the number one NEW YORK TIMES bestselling author keep’s you glued to your chair as the novel keeps progressing. The characters, as the story proceeds, become real to feel. Impeccable as always with the plot of the story, this book will give you a nail-biting thriller that includes the FBI, Supreme Court, and CIA on one side and a criminal attorney teamed up with the military prisoner to uncover the dirty truth.

The story begins with Rufus Harms, a military prisoner, rotting in one of the highest security prison of the country for the last 25 years for the crime he doesn’t remember. Soon his better days begin with the letter he receives from the army and that can prove his innocence.

Micheal Fiske, a clerk in the Supreme Court breaks the protocol and take the letter, send by Rufus to the court to verify the fact as it has serious allegations against the top brass of the country.

John Fiske, a cop turned to attorney and brother of Micheal, found that his brother costed his life. John takes up investigation on his own and teams up with Sara Evans, another clerk of Supreme Court and close friend of his brother.

As investigation proceeds, body count keeps piling and John finds himself fighting against the biggest law keepers of the country.

But as always said, Truth always wins and so as John Fiske…

Another masterpiece from the number one best-selling author DAVID BALDACCI

My Opinion: The work of David Baldacci has never disappointed me. Every time I pick his book, I am always excited to know at which level my curiosity will rise. The way the characters are presented makes me feel that I am one of the part of it. As the story moves ahead, it gets difficult to keep the book down. Last part of the novel I finished in a single sitting, keeping all my important works aside and without caring about the time late in the night.

The way story starts with two different lines and then merge to take a new path. The one which is tough to predict. Surely, a nail-biting novel it is.