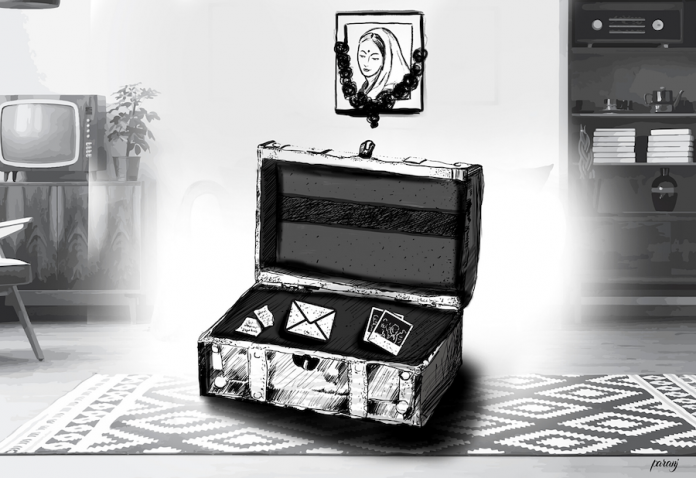 “Any idea, who the person was?” Mahesh Mathur, a young and dashing senior inspector in his early thirties, Mumbai police, spoke, examining the body of the deceased in the sea-facing penthouse in Worli, Mumbai.

“The deceased was Chetan Patel, age around 50 plus. He dealt in the stock market, owned a broking firm.” Sub Inspector, Ananth Angrey replied.

“Forensic team?” Mathur got up after examining the body and walked to the open terrace garden of the flat.

“They are on their way, sir. I have already informed them before I called you. They will be here any minute.” Angrey replied, following his senior.

“What do you think Angrey? Is it connected to the previous three murders that happened in the last two months?” Mathur lit his cigarette and releasing the cloud of smoke, asked.

“Looking at the way the body has been mutilated, I think, it is connected.” Angrey lit his cheap cigarette and replied.

“Then I am sure, the forensic team will be wasting their time. The crime scene has been sanitized, leaving no traces for them to find any clues.” Mathur spoke with a heavy sigh and took another long drag of his smoke.

“I too think the same, sir. And worse, if this news leaks out, then media is gonna burn us. They are like the vultures, always waiting for their prey. Policing is a hassle with eyes on every move” Angrey exhaled the first puff and looked at the sea in the wee hours.

“And we cannot stop them now, at least, after the count has been piling up.” Mathur stabbed his half-done smoke and stood there, holding the safety railing. Angrey stood silently, smoking. He had a thought in his mind but was not sure whether he should share it or not.

“Do you think there is any connection among all the four victims?” Mathur asked looking at the body that was now being examined by the forensic team which had just arrived.

“The previous three victims had no connections among them except, they all were singles. Either divorced or widowers. Apart from this, there is no other connection. Each one of them worked in different fields with rarest possibilities of any connections.” Angrey took the final last drag before stabbing his smoke.

“Thoroughly scan the background of this guy and try to find out some connection. We need a lead Angrey, anyhow.” Mathur’s tone was dead serious. Angrey could only give a brief nod.

“We have recovered the cell phone of Chetan Patel. It will be sent to the cyber team, once the forensic team is done here.” Angrey added.

“Let’s hope that the cyber-cell team has something for us.” Mathur walked inside. He gave a few more instructions to Angrey and left for his house. He still had some time to relax his tired body before the day began with media scavenging on them.

Mathur reached back home and checked the time. He could update his senior, A.C.P. Dushyant Trivedi. He made a call and breathed a sigh of relief. Though the call didn’t end well, he had to update the seniors of his department.

After pouring Jack on the rocks he sat in the living room, thinking of where all these would lead to. Mathur had preferred to stay alone in life. His father passed away when Mahesh was in the womb of his mother.

His mother died an unfortunate death due to breast cancer when he was promoted to the sub-inspector rank. With no one left in his life, he considered his work as his family. And that dedication for work soon promoted him to senior inspector level.

Angrey did whatever the protocol was, before leaving the crime scene. He went directly to the station to do the paperwork. It was going to be a hell long day for him.

News had already leaked to the media which was quite expected and news-hungry reporters started buzzing around the police station to get the latest update first for their channels. Mathur came early as he knew that Angrey gets pissed with media.

“Investigation is still going on. We will track the killer soon, till then, please cooperate.” Mathur walked in, waving the constables to shove off the media.

“These people always add fuel to fire.” Angrey spoke as he came with the reports into Mathur’s chamber.

“You need to learn to give diplomatic statements till you are not sure of how you gonna crack the case.” Mathur smiled and lit his smoke.

“I doubt, I’ll ever learn to deal with them, in the near future.” Angrey passed the reports of the cyber team.

“Any good news for us?” Mathur asked flipping the pages of the file.

“Nothing much sir, I have checked all the incoming and outgoing calls for the past 24 hours. They all were clients who have their accounts handled by Chetan Patel.” Angrey replied, still standing.

“Anything from the forensic team?” Mathur asked snapping the file.

“Nothing much there too. The chemical used to sanitize the crime scene was some oxy cleaner, it is so fucking perfect for the job, even the micro traces of DNA or anything that can be traced are wiped out. Seems our killer has some knowledge of chemistry which he has been using to do the perfect crime.” Angrey replied running his hand through his sweaty hairs.

“There is nothing like a perfect crime, Angrey. Always remember, a criminal will leave his trace behind. We just have to look where we have never thought of looking.” Mathur took the last drag of his smoke and stabbed it into the overflowing ashtray.

The lectures always bored Angrey. He was the man of action. He simply nodded to whatever Mathur just said. Something that was at the back of his mind, struck him.

“There was something very common at all the crime scenes. I am not sure whether I am right or not, maybe, just my false interpretations but…” Angrey paused for Mathur to respond.

“Go ahead…” Mathur leaned forward and gestured Angrey to take the seat. He pulled the chair and resting his arms on the table, continued.

“At every crime scene, I could get the aroma of something which did not match the scene. I am not sure, but kind of matched with Marijuana.” Angrey was skeptical about it.

“Are you sure you have smelt weed smoked there?” Mathur leaned forward looking straight into his eyes.

“Like I said sir, I am not sure. The chemical used to sterilize the crime scene had a strong order which mingled with another fragrance but I still felt the hint of Marijuana.” Angrey replied, furrowing his brows to recall.

“And we have no way to find it out. Right?” Mathur asked, leaning back in his chair and resting his head over the fingers crossed behind.

“Check the financial details of all four victims. I think they are linked to each other somehow. My gut feeling tells that they all were working for some syndicate of money laundering.” Mathur leaned back again staring at the fan above and was lost in his thoughts.

“I’ll get on it right now sir.” Angrey got up. He finally got some action to do.

“I have a meeting with J.C.P at headquarters. I’ll be leaving at noon and God knows when the meeting will get over. Till then, find out something.” Mathur added as Angrey was about to leave.

“I’ll try my best sir.” Angrey saluted his senior and left. Mathur stayed back going through the files of other cases. He left for his home to have a quick lunch. He asked his driver to take the patrol vehicle back as it would be needed at the station.

After lunch and a quick shower, Mathur left in his car for the headquarters. He owned his prized possession, Toyota Corolla, his first love. Mathur was driving through the state highway when his cell buzzed. It was Angrey.