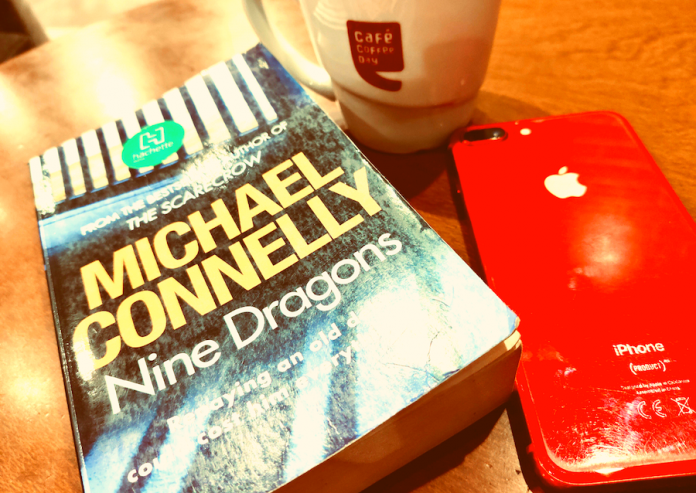 This is the 22nd novel of Connelly with 14th in Harry Bosch series, a famous homicide detective.

Harry, working in the homicide department, is assigned the case of the murder of Chinese owner of Fortune Liquor store, John Li.

Harry with his not so dedicated partner, Ferras, takes charge of the investigation and teams up with detective David Chu of Asian Gang Unit as it was involving the Asian community. Chu was an expert and had a quiet network in Chinese community residing in L.A. neighbourhood.

With absolutely no lead, Bosch tries harder to get a breakthrough in the case. The CCTV footage was also taken away by the killer and that made it look more than just a robbery. The only hope was a bullet casing found usually within victims body.

With the further discovery, Bosch uncovers the connection of John Li with the Chinese triads. This leads Harry to the bagman who collected the money weekly from the store.

While Bosch was about to make a break, an anonymous call threatens him to let the heat go off his back or the consequences would be really bad. Ignoring the threat call, Harry digs more and that’s when he gets a video clip on his cell phone of his 13 years old daughter, Madeline, living half-world across, in the Hong Kong with Harry’s ex-wife, Eleanor, a former FBI and now professional poker player, is abducted.

Harry drops everything at his professional front and takes the very next flight to Hong Kong, to find his daughter. Eleanor with Sun Yee, the new man in her life teams up with Harry to find Madeline back.

Running through the streets of a foreign land, Harry goes rogue, leading to the mounting of dead bodies. He doesn’t care for anything as he is on a mission, a mission to find his daughter back.

With Triads breathing on his neck, will Harry be able to find Madeline…?

Are two cases tangled leading to the path that Harry will ever be able to cross…?

To find out more… Do read… NINE DRAGONS by Michael Connelly.

MY OPINION:This book was brought by me with very high hopes but somehow I couldn’t get that kick which I was expecting.

The storyline is kind of very common, just like other homicide plots but the narration is something that kept my interest intact.

When Harry reaches Hong Kong, I felt the author has just rushed to finish it. No doubt, it was a real action pack but still, I felt, the main plot was getting a bit weak. Though the story goes on at a good pace, it still gets sluggish and drifts away from track often.

The other thing I felt about characters apart from Harry were not nurtured to the extent it should be. The book could have been more gripping if other characters were given some more importance.

The end was not as expected. The link between the plots was not very convincing. The last part of the story is really very good and the way the mystery of homicide case was solved was truly amazing.