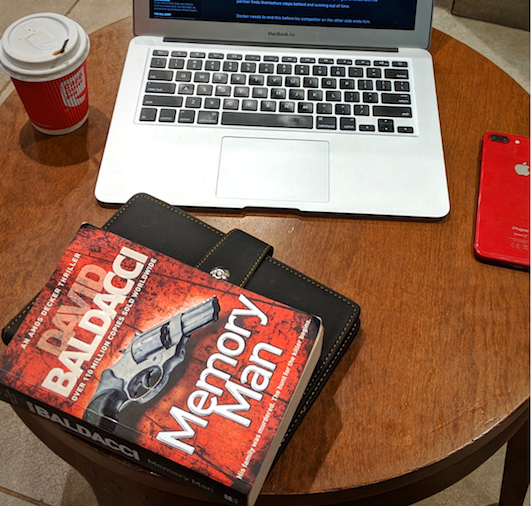 As expected, David Baldacci is back with another fascinating series of Amos Decker.

The story is about a fascinating cop and acquired savant who is the best, in any case, he picks up. The gift of his impeccable memory came to him after the brutal injury on the football field. The damage to his brain turned out to be the boon for Amos where he won’t forget anything he has seen. A picture-perfect memory like a DVR recorded at the back of his mind and which he can reply anytime and as many times he wants to.

Amos, the only guy from his hometown to be playing for the football team at higher grades ruins his career before it begins with the injury he takes up on the field. Finally, he takes up the job of a cop and then, with his work repo, he becomes the Detective in the department.

Things were running fine till one fine day when Amos returned from his work, only to find that his family is been brutally murdered. Shocked and shattered, he tries to end his life but could not.

Devastated Decker, leaves the job and reaches to rags with nothing much in his life to do and live for. He survived by working as a private investigator and which paid him to have a rental room in the motel.

Fifteen months later, his old partner visits Decker and filled him with the information that someone walked into the police station and confessed the murders of the Decker family.

Decker tries to sneak around to get more information on the guy as he could not see in his perfect DVR memory that he has ever met that person. And the reason the person gave for murdering Decker family was more kind of bizarre.

A shootout at the high school of the same town where Amos was once a student, occurs, killing the students and teachers. The department asks Decker to help over it cause of Decker’s extraordinary memory and skills to interpret the crime scene.

Soon, Decker finds that the murder of his family and shootout at the high school were tangled and it was the same person behind it.

As the story proceeds, Decker finds that the series of the catastrophic events happening and he was the cause of it. The body count keeps piling up and Amos with his partner finds themselves steps behind and running out of time.

Decker needs to end this before his competitor on the other side ends him.

My opinion: Definitely a good book, but no match to the other books of David. The original plot is definitely good but get sluggish more than twice in between. Last part was though truly unputdownable but need lots of patience

I felt in between to take a break as things seemed to be predictable. Well, it’s never with David’s work.

Though suspense is definitely good but not much absorbable. The storyline is straight with no other cardinal points to be connected but kind of slow. Various psychological terms discussed without boring you in the story. I’ll suggest, to go for this book but with lots of patience. You won’t regret as at some points, the way Decker figures out the things, is truly good.