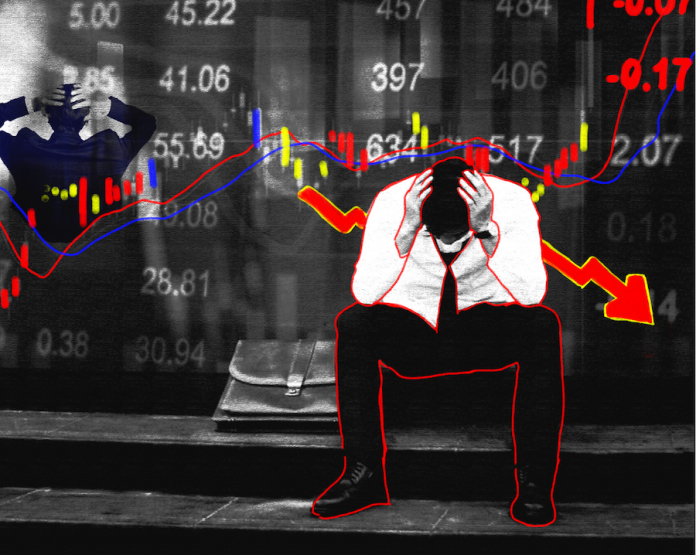 “Congratulation on your new venture, Sameer.” One of the relatives sarcastically wished Sameer on the inauguration of his new stockbroking office.

“Thank you for your warm wishes.” Sameer replied with a polite smile on his face. Not yet satisfied with their taunts, the relative continued.

“Hope, this one works out for you, at least, this time.” The jibe was tough to let Sameer swallow the lump in his throat, but he couldn’t lose his calm.

Oh! yes, it will, with all your warm wishes, he will succeed this time.” Prachi, Sameer’s guardian angel, and loving wife stepped up and came to his rescue answering the sarcastic comments made by his bitchy relatives.

“By the way, did you try the amazing mocktail we have arranged for the guests today…?” The sarcastic smile on Prachi’s face was a clear sign for them to walk away and give some space to the couple of the day. The bitchy relative walked away with guff and Prachi turned to Sameer with a wink and smile.

“They have all rights to say this. After all, I have only incurred loss after loss from all the prior business setups.” Sameer spoke with a heavy sigh and a lopsided smile hung on his face.

“Your baggage will only kill your positivity and enthusiasm which is must for this new venture.” Prachi spoke with her eyes scanning through the crowd of well-wishers.

“Forget your past honey, and a fresh start to this business venture. That’s all we need from you.” Prachi turned to face Sameer and held his hand with a gentle squeeze, assuring him that she is always with him.

“Let’s hope ship sails smoothly without any more mess and hiccups.” Sameer was still lingering on his past messes.

“It will this time. You just need to keep your Needs and Wants apart.” This time, Sameer’s Dad spoke, with his hand on his son’s shoulder.

“Thanks Dad, for all your support. I don’t have….” The lump in Sameer’s throat choked down his words.

“Family is all I have son… Money comes and goes but what stays forever is family.” Sameer’s Dad gave him a warm hug. The words of his father turned Sameer’s eyes moist.

“Come on now… You have guests to attend and work to begin.” Prachi spoke and smiled.

The bad decisions of the past never made clients question Sameer’s ability to study the market and predict fruitful outcomes. Well, the key to any business is your clients make money and with them you make money.

The slow and smooth start of stock trading was better for Sameer rather than overnight hype. Along with managing the client portfolios, Sameer too kept trading from his personal account.

As days passed and with Sameer staying focused on his work, the financial losses of previous fiascos were getting recovered. Life was finally getting back on track for Sameer, with his Dad and Prachi always watching his back.

All this while, Sameer never let his guard down in stock trading. His habit of taking a risk without calculating the damages and future prone was on a tight leash. The client base was increasing and slowly Sameer started increasing the office staff too. He was now more focused on market study and predictions.

With easy flowing money, Sameer began to let his guard down and his trading was now on high volumes and high risk too. And it didn’t bother him till his every bet was minting money for him and for the people who started investing in his words.

With cash flowing in, the NEED was overpowered by WANT, and craving for lavish life started taking a troll over him. Fancy cars and expensive club parties were becoming his routine. Prachi was getting worried about the old avatar of Sameer returning.

The real estate market lured Sameer more as he got in touch with real estate guys. He always dreamed to have his private office building in the posh area of the city where he would be the king of his small empire.

With few smaller plot deals, he earned a good amount in a short time and now he was eyeing the bigger property that would bring great fortune for him and he would be able to build his empire.

There was a small hiccup, a big property means he needed a big chunk of money for initial transactions. To overcome this hurdle Sameer invested whatever he had earned till now in a few of the high risk companies and borrowed a huge loan from the bank for the initial payments of property.

Greed can wipe out the entire kingdom and Sameer was just a straw. His bad luck clout his fortune and the same roller coaster ride of downfall started for Sameer. The only thing different from his past blunders was that damage this time was way beyond control.

The companies in which Sameer had invested for quick money declared bankruptcy in just three days and all of Sameer’s investments were wiped clean. Adding worse to it, there was a bloodbath in the stock market for three days and the market crashed breaking all the past records. The intraday losses were also very high for Sameer, beyond his repayable limits.

Back to zero, Sameer was left with not a single penny. The loans and money he borrowed from the market would soon start hounding him like hungry wolves who won’t leave till they get their pound of flesh from Sameer.

That evening, Sameer stayed in his office after everyone in his staff left. He sat morosely contemplating his life. The flashes of memories, sometimes curved into a faint smile and then striking with today’s nightmare sending chills down his spine.

“This is it…” Sameer spoke with a heavy sigh, his eyes closed and beads of tears rolled down from the corner of those tired eyes. He got up and walked out of his office building. The security guard immediately got up and saluted him. He smiled and tipped him 500 rupees.

“Take care of everything here.” Saying so, he left in his car but not to head home. He kept driving aimlessly to the outskirts of the city and reached the coastal line of the city.

Sameer stepped out of his car and lit his cigarette which he always did when he was stressed out. Turning his mobile off and leaving everything inside his car, he started walking to the water. The very next moment everything blacked out, the power issue turned the whole city into the dark forest. He smiled at his luck and walked to the cliffs.

It started raining heavily as if God was washing away all the sorrows of Sameer. He sat at the edge of the cliff and kept looking at the thunderous ocean that was crashing at the bottom of the cliff.

Sameer’s whole life flashed before his eyes. His childhood memories with his Mom and Dad letting tears roll down his eyes. As the reverie real showcased the day on which his mom had passed away, turned his silent tears into heavy sobs. Later, how his dad reared him up alone in the absence of his wife and, how Prachi came into his life. With every passing memory, his sobs kept growing heavier and louder. He missed his Mom more than ever today.

The second flash of memories were his blunders in his various failed ventures which ended with the worse failure of the time. He closed his eyes and with grief and sorrow.

Sameer stood up to the vast darkness of the ocean in front of him with rattling thunderstorms and ocean waves crashing heavily at the feet of the cliff. Few moments passed before Sameer could muster all his courage to do what he had gone there to do.

“This is it… There is nothing left for me now. There is no light and at the end of this tunnel.”