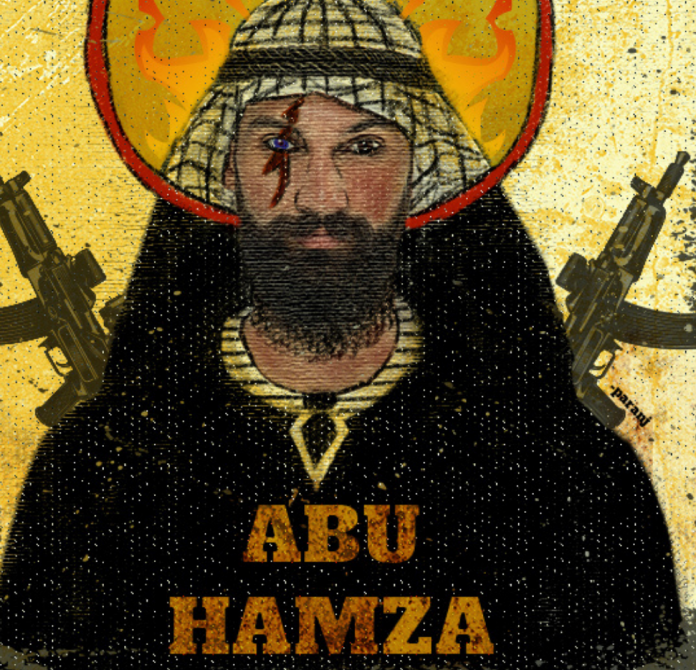 Ajaz Kashmiri, a resident of Kashmir and one of the most trustworthy and loyal comrades of Hamza. But… that fateful night changed everything, if not for anyone at least for Ajaz.

Hamza’s one of the terrorist plots was foiled by the Indian Army in the past. Ajaz, along with his family was somehow trapped in the crossfire between militants and the Indian Army. The badly injured, terrified, and wounded family of Ajaz was left behind with him to die as his own people fled the scene. Major Avinash Batra single handed rescued the whole family but sadly only Ajaz could survive.

Ajaz was angry with his people as they didn’t bother to save or at least check on him. He would have gladly accepted the death of a martyr for his people but the feeling of betrayal had overpowered him. That was the day Ajaz promised his loyalty to Major Avinash Batra forever by staying undercover and still pretending to be Hamza’s muscle.

“If Hamza was coming to India, Ajaz will be the man he would contact.” Major replied with a smirk on his face.

“But will Ajaz give away Hamza to us?” Colonel knew the connection between Major and Ajaz but he was still sceptical about it as Ajaz had yet not been offered any chance to prove his loyalty to the Indian Army.

“He will, for sure…” The confidence in Major’s words was sky high.

“It’s a big risk to take.” Colonel was practical. He knew what is at stake and couldn’t afford to play blind.

“I can bet on my life for it.” Major replied with his fist thumping on his chest.

“Let’s talk to the higher authorities about it before you make contact with Ajaz.” Colonel patted Major’s back and they both walked back into the tent.

Next morning, Colonel and Major discussed about Ajaz Kashmiri with their seniors. After a hot table discussion, Major got a nod from high command to make contact and keep it as low as possible.

“Urgent.” Major sent a text to Ajaz’s secret number. Within an hour, the reply from Ajaz flashed on the Major’s number. He smiled and texted the details about the meeting at a secluded spot, heavily guarded by Army.

Major waited for Ajaz impatiently between the clouds of his smokes. Colonel was at ease he knew that Major was on the edge of his heart for several reasons. Finally, after a long wait, Major saw Ajaz walking towards him. The meeting time had been delayed for half of an hour. Nobody could recognise him from the way he was dressed up, a roadside old beggar who had lost his battle in this world.

The guards were instructed by Major to not stop anyone who looked out of the box. The sigh of relief on Major’s face was evident as he stabbed his half smoked cigarette. Ajaz had proved his first step in the loyalty test but it was still a long battle.

Inside the tent, Colonel and Major sat on the metal chairs with a metal table in front of them. Ajaz sat across them and Major introduced Colonel to Ajaz. The whirr of pedestal fan in the corner with rhythmic breathing of three men made the noise in an otherwise quiet tent.

Ajaz gulped down the glass of water that Major had placed in front of him, relishing every drop of it that soothed his parched throat. The eyes of Colonel and Major were on Ajaz, waiting for him to break the silence in the tent.

“I am here…” Ajaz spoke with raised eyebrows.

“Abu Hamza…” The name was enough to make Ajaz shift in his metal chair. He didn’t utter a word and just a nod.

“Any idea about his recent travel plans and the mission he is on?” This time Colonel asked.

“No word till now. Hamza is one cunning fox. All he loves to do is surprise everyone, whether it’s his people or those whom he is planning to hunt down.” Ajaz knew it better than anyone ever.

“There is a confirmed intel about Hamza coming to India and this time, he has planned something more bloodier than 26/11.” Major briefed Ajaz, who held his breath long to listen to what news came his way.

“If it is India and if it is bigger than 26/11 as you say, Hamza will need the most loyal rather than trustworthy person to spread the word. And of course it would be the fedayeen kind of attack.” How easy Ajaz was in interpreting his Ex- Master.

“You are right, but we don’t know three W’s. WHERE, WHEN and WHO.” Colonel lighting his smoke offered one to Ajaz to which he politely declined with just a nod.

“That’s how Hamza works. Last minute surprise is his USP.” Ajaz smirked who was no more surprised now.

“We need an insider to know more. We need to know where he will be meeting his people and how they gonna execute it.” Colonel blew the clouds of smoke above.

“You can bet on me. After all, it’s now my turn to do what they did to me and my family, left us to die.” Ajaz’s fingers rolled up into a tight fist with his jaws clenched.

“I have put my life and career on line for you, Ajaz.” Major kept a hand on the clenched fist of Ajaz.

“And I won’t let you down, I too, bet my life on it.” Ajaz smiled releasing his fist.

“We don’t have much time, Ajaz.” Colonel’s forehead was creased.

“And I won’t delay a moment.” The smile on Ajaz’s face was assuring. Without any more words, Ajaz left. Leaving Colonel and Major to count on their luck that should favour them this time.

There were no updates from Ajaz. The pressure on I.B. and RAW was mounting like hell. With every passing moment, the situation was turning more dangerous and out of hand.

Hamza did not play it easy either, he was very well aware of his stature in the dark world and as a priced ticket for the Indian Army. While Hamza entered India via the Nepal border stealthily with his guards and computer geeks, all he thought about was one man who would be his messenger and set up his command room for the operation. Ajaz was on the top of that list.

Ajaz had kept his guards up and wanted to grab the slightest wind of Hamza or his plan but Hamza was not an easy guy to be lured into traps. Just after his last prayer of the day, there was a knock at his door. When Ajaz went out, all he could see was a leather envelope with a message inside it. Ajaz quickly took it and went inside without scanning the area. Hamza’s people would be surely looking at him through the dark and any suspicious behaviour would have landed his credibility on the wire.

Ajaz went through the content of the letter. The message was short and brief.