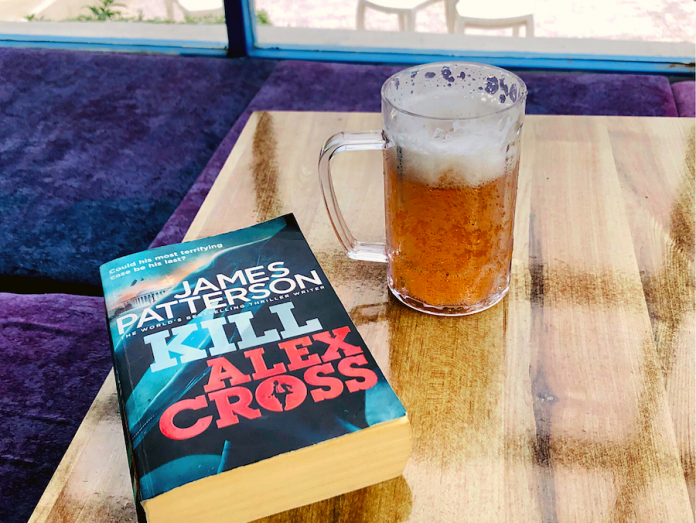 “Kill Alex Cross” is the 18th book in the Alex Cross Series. It’s tightly wound, super exciting with non-stop action from the beginning of the book. You won’t miss the feel of the CLASSIC PATTERSON Book.

The book opens with the abduction of President’s kids, Ethan (12 years) and Zoe (14 years) when they sneaked out of their security details for a smoke break of Zoe in the auditorium for a couple of minutes, ending as a captive of sadist kidnapper.

With security head for kids finds the timeout, he checks in the room only to find no kids there who have escaped out of one of the open windows in the big hall. A van skids out hastily from the compound creating utter chaos on the streets of Washington DC only to get halted in the accident on the bridge.

Alex Cross, the MPD detective is the first to arrive and get hold of the van driver who was just a kind of decoy. A paid drug junkie to do so. Nothing much comes out of it.

The chief of security details for the kids receives the message that was bold and clear, “There is NO ransom. There are no DEMANDS.” The message leaves the president stunned with a fear piercing his heart that he has lost his kids forever.

Alex with his history of cracking the child abduction case is on the move and is ready to do anything to get those kids back. But… there are some in high ends who don’t want the Cross anywhere near the case.

A Saudi Arabian couple enters Washington, Hala Dossari and her husband Tariq. Hala is a doctor by profession and husband Tariq, an ordinary average man, but less known is that Hala is an impeccable and deadly assassin.

Hala and Tariq are on a mission, a mission assigned to them by ’The Family’, a shadowy terrorist organisation whose high ranked members have penetrated the western countries only to impeach and create chaos.

To start with it, the water supply of Washington DC is contaminated with deadly poison and it poses a devastating terrorist attack threat on the city. This happens within two days of the kidnapping.

As the time runs through, Alex knows how critical it is the first two days to find the kidnapped kids. But Alex is tied up in the two parallel cases and he finds himself helpless. The First Lady of the USA steps in pulls all the strings to keep Alex on the kidnapping case with a free hand.

Hala on the other end in desperate to bring down the most high profile people by finishing them as per her kill list handed over to her by the elite members of The Family.

Was abduction of the President’s kids a part of a larger terrorist conspiracy…?

With his kids being abducted and no ransom, Will POTUS surrender to his duties against his emotional turmoil of shattering family…?

Will Alex Cross be able to solve the biggest case of his life without getting killed…?

To know more… A must read… KILL ALEX CROSS… by James Patterson.

Alex Cross series by James Patterson is the number one detective series in Patterson’s work. What I liked about this series is that the main character is an underdog with limited resources and still manages to get through any case.

the book has two storylines running parallel with the fast action and thrill from the beginning of the book. The old characters returning with the addition of new ones keeps you glued to the book.

The short and sharp chapters keep the reader craving for more and curious about what will happen next. With kidnapping and terrorist plots it has a lot of evils and body count keep mounting with every action packed scene that will leave you breathless.

If you are looking for no nonsense drama and some serious thriller, this book deserves to be on your reading list.