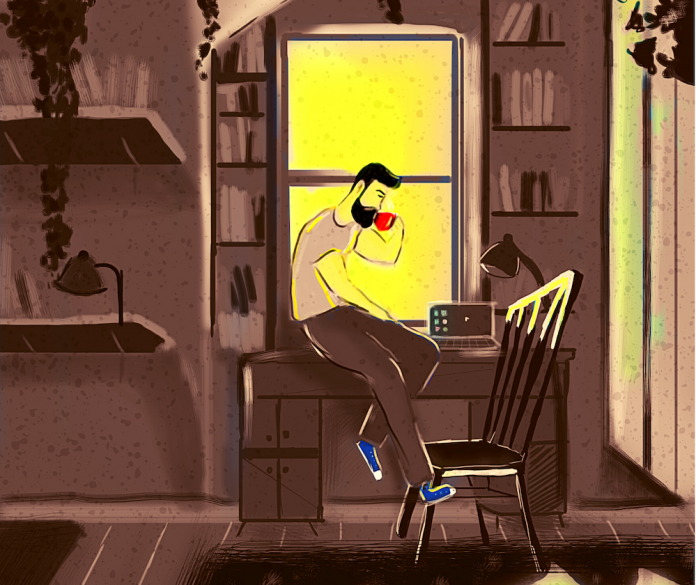 The morning birds started chirping, a new day had begun and the sun was still busy playing hide and seek with its pal, the clouds. Navjyot could not catch the much-needed sleep even for a moment. On most nights, he would be found burning the midnight oil at his study table, writing the codes, and working on some data mining projects; he is the master and an expert freelancer in the IT world. However, that was not all, Navjyot is an eminent and award-winning professor in the IT department of one of the best universities in the state, The Marwadi University.

He had been at his study table since last evening with his mind never at the laptop screen that had turned off after being idle for quite a long time. On any other routine day, Navjyot would be back from his cycling tour, capturing the nature in his camera and getting ready for his college but today was not a routine day, at least, not for Navjyot.

With the MTech in computers and his work as a freelancer data scientist, Navjyot was passionate about his Vlogging hobby. Travelling to different places and exploring the most unexplored parts of India to discover the rich cultural heritage was his passion, a passion that was still burnt him to the core of his soul. However, sadly his career in the digital world was suffocating his only hobby that kept his heart and soul alive.

Navjyot was at the epitome of his career with just being in his mid-thirties. Most of the people in his age group would try to move ahead in whatever field they are but… That was not Navjyot, he was not a herd. Every materialistic pleasure was at the tips of his fingers, a lavish flat, a flashy car, and his all-time love mate, his bike, JAWA. He missed riding his bike and roaming around the places to capture the moments in his camera.

His dream of being a traveller to make the best videos of various places, enjoying that nomad life, could not withstand any chance in front of the responsibilities, back when he was starting his career in the tech world. And now, when he had established himself successfully at his professional front, his cravings for what he actually wanted to be had started taking a toll over him.

As it is wisely said, God never fulfills all your wishes. But Navjyot was never going to surrender his dreams, at least not now, where he had a chance to be what he always wanted to be. Today was the day he had to decide, a promising job and digital world career or Vlogging, travel, and nomad life. The turmoil of emotions was draining him like the Yama beaconing the soul of a human being from his body, however, making him anxious rather than just restless. Just one click on the send button of mail he had drafted would change his life forever.

Navjyot went to the kitchen and turned on the coffee maker. Filled his cup with black coffee. He calmly took a long sip and released the cloud of thoughts surrounding him and walked back to the study room.

“If it’s not now, it will be never.” He said to himself and closed his eyes. He clicked on the send button and his resignation was sent to the H.O.D. of his department and the HR of college. A ray of sunlight breached the clouded sky and flooded his room slowly bringing a new day, new life for him. The sun appeared to be smiling being the first one to observe a great dreamer’s dream coming to life.

The very next moment, Navjyot packed his bags and left to travel the world to uncover his passion for Vlogging and travelling.